A Different Kind of Family Portrait 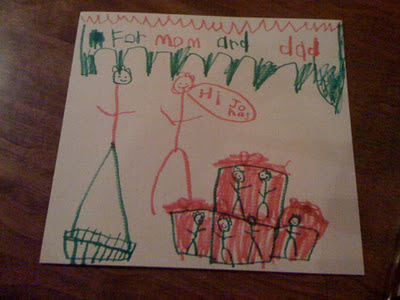 A long, long time ago, in a galaxy far away – or at least as far away as South Florida – Chris and I thought we might never have a baby. After his chemotherapy, we’d been told, there was a 50% chance that he would remain sterile. We had prepared for the possibility by using a sperm bank, but as a teacher and a medical student we knew that we wouldn’t be able to afford assisted reproduction procedures for a number of years. Then one day, the happy surprise: we were pregnant! On our own! It was a miracle! The pregnancy only survived a few weeks, and the loss was devastating – except for the silver lining of learning that pregnancy was possible.

Almost a year later, we were surprised again to find out we were pregnant; and a few days later I miscarried again. The loss isn’t necessarily easier the second time, but at least I knew what to expect. I was mentally prepared for several months of grieving and then finally feeling ready to try again –

but Jonas came along the very next month. The first trimester of my pregnancy with him was blessedly easy; I was so thankful that everything was going right.

When Jonas was 9 months old, we got pregnant again! I remember the first few weeks being shocked. Worried – how could I handle two babies 17 months apart? Overwhelmed. And then I started to dream about brothers, close as thieves. I saw two boys toddling through my house. I even had a dream about the new baby’s name. But when I was 11 weeks pregnant, I started miscarrying. It was my most physically complicated miscarriage (because I was further along) and it was the most emotionally draining, too.

My next pregnancy was Susannah’s, and it was another blessedly easy one. Even though I puked my guts out almost daily for the first 18 weeks, I was kind of happy to do it – it was reassuring that everything was okay in there.

And this January, I found out I was pregnant for the sixth time. Abigail is probably our last baby (at least, Chris says he feels “done.”)

I don’t hide the fact that we have lost babies, but I don’t talk about it all the time either. I am sure he’s overheard me mention it, but I haven’t sat down to explain it yet. I didn’t want Jonas to be worried throughout my pregnancy with Abigail that something would happen to her, for instance.

So when Jonas drew this picture this morning, I found it Very Interesting that he drew a gift box for Mom & Dad… with six little people inside. 😉

THIS BOOK. This book is walking me through the spi

Midweek! I sat in my dining room this morning to l

Yesterday, I worked in the yard a bit. (This time